Griffith Rhys Jones, or “Caradog” as he later became known was born in the Rose & Crown public house in Trecynon on Dec 21st 1934.

His musical upbringing began at a very young age and he was immersed in music; he and his brother John were often found playing their violins in the numerous public houses around Trecynon and Aberdare area and often they would draw huge crowds at the Rose & Crown, who all came to see them play.

He was a blacksmith by trade and worked in the nearby village of Llwydcoed in the ironworks.‘Griff’ lived in Trecynon from his birth until 1848. He spent the most part of 1848/9 in the Brynaman, Gwter Fawr as it was then known, working in the New Farmers’ Arms, with John his brother. There, Caradog studied the crwth, an archaic stringed Welsh instrument, with his brother John as his teacher. One of the teaching methods he would adopt was putting a plate under each of their arms whilst playing the crwth, to encourage the correct posture. If one were to drop it, they would have to pay for it!

It appears that John, though he was an excellent crwth player and tutor, was an abysmal innkeeper. It wasn’t long before he and his brother left; and to the punters’ dismay, it seems; as it appears he was awfully liberal with his bar keeping. Song and music, it seems, were the only things on John and ‘Griff’s minds, and so they moved on.

Griffith Jones’ formed his first competition choir in 1853 at the age of 19. His aim was to compete in the Cwmafon Eisteddfod, and the piece of music that he chose for his choir was ‘Hallelujah to the Father’. He named his choir ‘Cor Caradog ap Bran’ (Caradog, son of Bran’s Choir) in reference to the heroic character in the Welsh mythological literature ‘Mabinogion’. The choir was the best in the competition; and when the director of the Eisteddfod called upon the choir leader to come forward and receive his prize, he said “Can I call Caradog forward to receive his prize?” and when Caradog went forward, he received such an enthusiastic reception that the name stuck with him ever since! Such a rapturous applause it was, a few members of the audience thought that he was calling forward the most famous conductor in Wales! 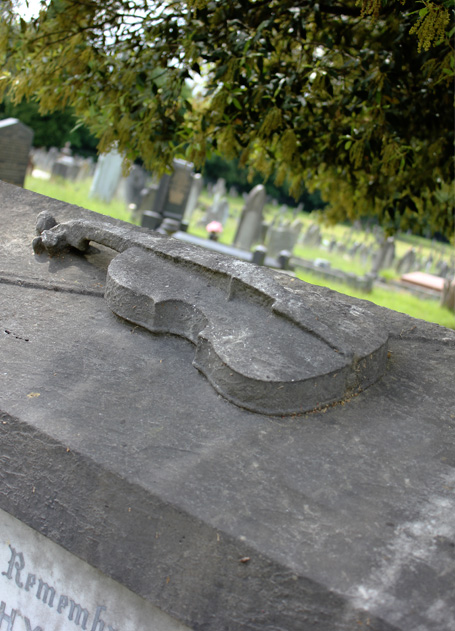