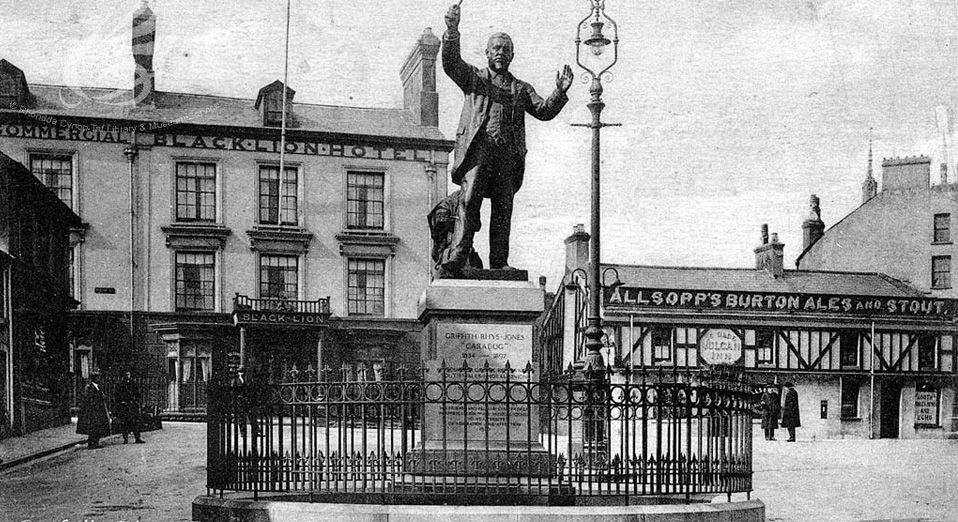 When looking back over the transformations in Welsh National identity over the last 150 years, it’s quite apparent to see the contribution of Caradog and his choir. The subsidiary effects of his victories have been ingrained across Welsh culture in general, in areas such as our national sports, choral unions and pop music as well as in the public houses across the width and breadth of Wales.

Aberdare still has a profound connection with Caradog. A statue of him occupies the town square and there are housing areas and a school named after him. His grave is one of the most spectacular and most visited gravestones in Trecynon cemetery.

Since the end of the mining era in the Welsh Valleys, many of the towns and villages have maintained their community spirit through their traditional choirs and brass bands.

In recent years, there is even closer correlation when you look at reality choir competitions such as the BBC’s ‘Last Choir Standing’ (which was subsequently won by Only Men Aloud!, a choir from Cardiff.)

There have also been successes from Cynon valley bands elsewhere in the world. Jets to Zurich, a rock band from the area managed to knock The Arctic Monkeys from their top spot in the charts in Qatar in 2011.

‘Caradog’s Choir’ is still talked about today in certain circles in Wales today. ‘Caradog’s Cup’ and ‘Y Cor Mawr’ are still linked with the golden era of Welsh choral singing. For such a choir to be remembered to vividly a hundred years after it ceased to exist is an achievement in itself. In it’s day it beat a semi-professional choir from London and in so doing surmounted great obstacles. That such a choir existed at all was a splendid achievement and says much for the organising ability of its officers. For such a choir to master difficult choruses and produce praise from the lips of of the most eminent musicians in Victorian Britain is a source for both amazement and pride. In concluding one must straighten the record on one point. It has been maintained on numerous occasions since that had the choir been allowed by the Rules to compete in 1874, and naturally one would expect that it could have won the competition, it would have kept the Crystal Palace Trophy, and that trophy would never have been competed for by brass bands. There is no reference in the rules laid down by the company to a clause that states that any choir winning the trophy on three consecutive occasions was to keep it. Rule 15 of the Rules and Regulations for the 1872 competition states that: ‘The Challenge Prize shall not be held for longer than three years consecutively by the same winner,’ but measured side by side with the musical and organising abilities of the choir and the way in which it engendered a feeling of pride and national awareness in Wales this final point is neither here nor there.