Aberdare's own Spirit of Boogie in Concert 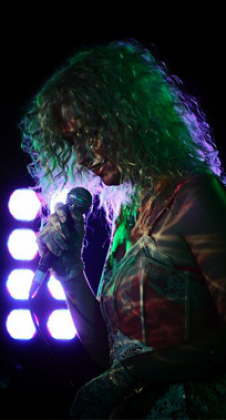 Over the years, there have been countless bands and artists whom have originated in the Cynon valley. Ever since the mid 1800s with Eisteddfods such as ‘Y Carw Coch’ and the very first National Eisteddfod being held in the town, music has been at the very heart of the cynon valley social scene. You only have to attend some apparently very minor concerts around the town to understand the number of people who still make the effort to go and experience new music.

We cannot underestimate Caradog’s contribution to the story and the development of Welsh music, and there is no better place to celebrate his role than here in his hometown of Aberdare.

As a society we are holding a concert in Aberdare to celebrate our musical heritage. The evening will be an opportunity to showcase some of the current musical talent from the area, as well as celebrating some of the older composers, conductors and performers from the valley – and what better opportunity to introduce the guests to some of the greatest and most prevalent songs of Caradog’s career?

This concert is an enjoyable way of revisiting some of those songs that won the Challenge Cup in 1872/3. The night will culminate in a male voice choir singing the likes of ‘Hallelujah to the Father’; ‘See what Love Hath the Father’ and ‘Come with Torches’.

More details will be available shortly.